2014 has been a jam packed year. The Ice Bucket Challenge, sending a fridge-sized lander 6.4 billion kilometres to land on a comet, a new series of Doctor Who, ebola, Sochi 2014, real hoverboards, selfies and that dancing old guy. It has had its fair share of the amazing and the terrible too. Google have summed it up brilliantly in their ‘Year in Search’ video here. I thought that New Year’s Eve would be a good time to do some reflection on both The Raspberry Pi Guy’s 2014 and my 2014. 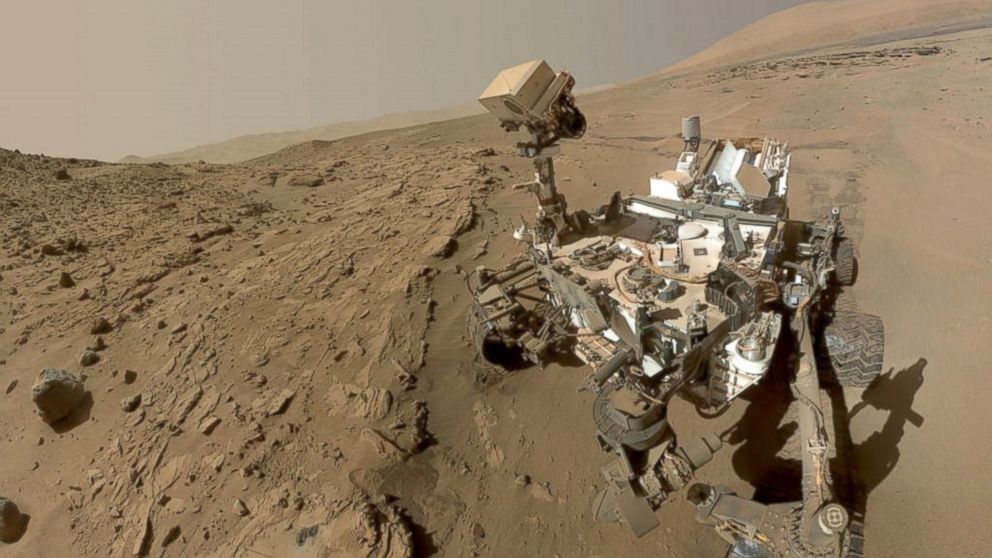 One of my favourite pictures from 2014: Curiosity selfie 😉

I think that a good way to go through this is to have a look at some of my YouTube statistics for 2014. As some of you may know I am currently on the cusp of the 2 million view mark; one that I never dreamed of achieving and I am incredibly thankful for. In 2014 The Raspberry Pi Guy celebrated its second year of operation… With over 4.5 million minutes of my voice played across the globe, it has been a very successful period of time. Over 1.25 million views and nearly 16,000 subscribers just in 2014 alone. I released many new videos, from OLED tutorials to viral product launches, my videos this year have been varied and, I hope, enjoyable. The Raspberry Pi Guy has had an outstanding year in terms of outreach also. Thousands of new views have been from territories previously untouched; Pi is spreading! My channel has been in the spotlight many times, with ITV interviews, Wired magazine references and newspaper reports. The many avenues of my educational mission have expanded greatly as well. I set out to create a YouTube channel with a few simple videos on it… 2014 has seen me do keynote speeches, workshops and all manner of things. It has also been a year when I have met many of you, my loyal viewership (that sounded very possessive, apologies) ;-). Much Jam has been spread in 2014! Cambridge and Manchester have been the two that I have attended in this year, where have you been? 2014 was also the year that I managed to visit the Raspberry Pi Foundation for work experience, I worked with Andrew Mulholland as an educational resource engineer under the expert care of Rachel Rayns. I also managed to bring you a few interviews from the glamourous Clive Beale and infamous Gordon Hollingworth… Ah, good times! 2014 also saw many popular Raspberry Pi Guy videos arise. My favourite of which is of course my anniversary video, Two years of Pi! It made Eben and Liz Upton cry and that, I am pleased to say, is something I shall remain immensely proud of. Hmmm… That was a year ago now. The Pi is going to be 3 soon. Maybe I’ll work on something… Got some good music in mind 😉 hopefully some with less licensing issues!

That’s just some of the stuff that The Raspberry Pi Guy has seen in 2014, there’s plenty more but one would not want to bore you! 2014 has been a stressful year for me with regards to my school work. I am in Year 11 now and that means I have significantly less spare time than when I started my channel in Year 9. This year has seen me battle a tide of controlled assessments and mocks. Both of which are not fun at all. I’ve got a French controlled assessment to revise for as soon as I have made this blog post live ;-). But if I thought the first year of my GCSEs was stressful I am sure that 2015 is going to be even more interesting. It is of course my final year and that means exams… Exams… Exams… Some more exams and exams. A lot of revision will be needed and you can expect me to go very quiet around summer. I know that many of you like a schedule to YouTube videos and I would love to stick to one however you will just have to bear with me as I go through this exam period. Afterwards I’ve got a long summer holidays and then I’ll be starting at a sixth form college: let’s hope that all goes to plan.

Looking towards the future I do not want to spoil any Raspberry Pi Guy surprises for you (there are many)! Rest assured that I will be staying on top of all of the latest Raspberry Pi happenings and will continue providing tutorials, videos and all sorts of other goodies. I’ll be continuing videos like my brand new ‘Raspberry Pi Robots‘ series. The best way you to make sure you do not miss anything is by subscribing to my channel and blog, so make sure you do that.

I’ve got a good feeling that 2015 is going to be a very exciting year for the Little British Computer That Could. I hope that you’ll join in with the Raspberry Pi Revolution!