In 2011 I was an avid reader of Stuff magazine. This was before I even *knew* about computer science; back then I was only interested in consumer electronics. Things like iPads, mobile phones etc. I had no interest in programming, electronics or anything computing-y at this moment in time, and I don’t think that I ever would if it wasn’t for a tiny article I glanced one day. In one edition of Stuff I saw a small picture, accompanied with two sentences, that talked about a new little PC that was going to be cheap and change the world. This strange little thing was called “Raspberry Pi”. Quickly I began to learn about this credit-card sized device and the rest is history… I now love computer science. And have over 10 Raspberry Pis.

It was a delightful surprise therefore when I received an email from Fraser Macdonald, consulting editor at Stuff, asking to interview me about my YouTube channel and also my thoughts on the new Raspberry Pi 2. Everything has gone full circle! I first heard about the Pi in Stuff, now I am in Stuff! Take a look at my section below. This is for the April 2015 issue, available to buy for £4.60 – I recommend it highly (and not just because I am in it!) 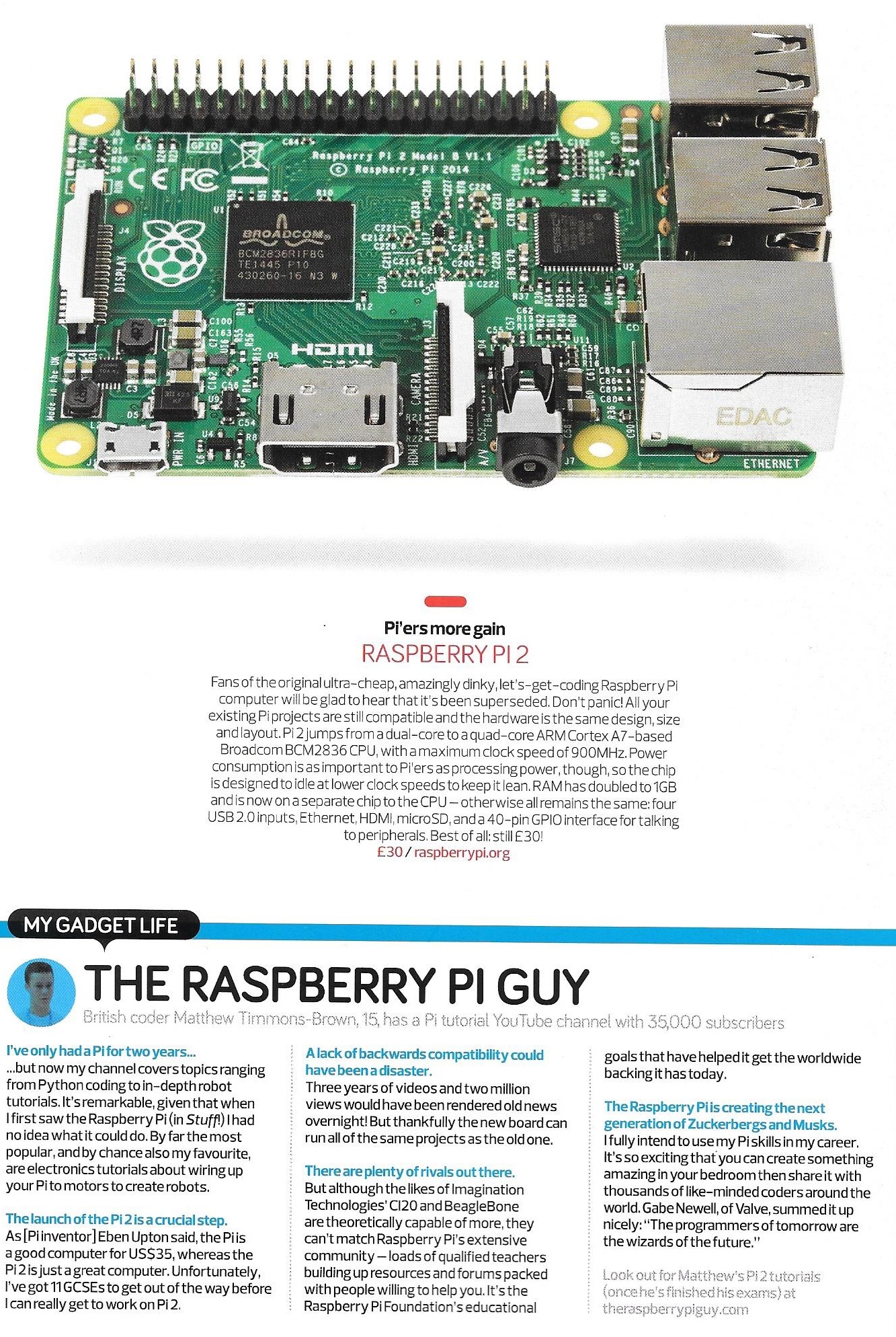 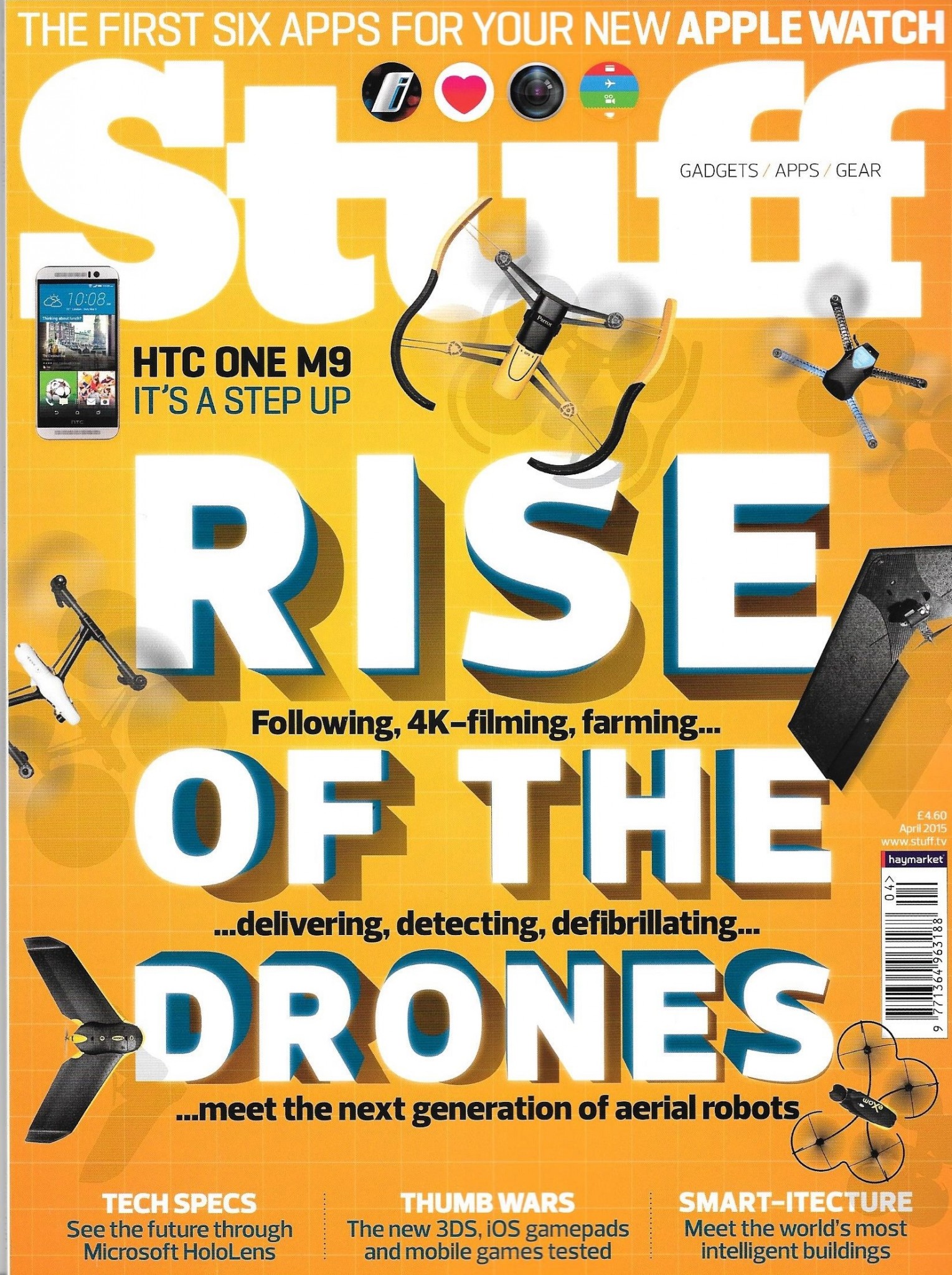 Front cover of the April 2015 issue of Stuff